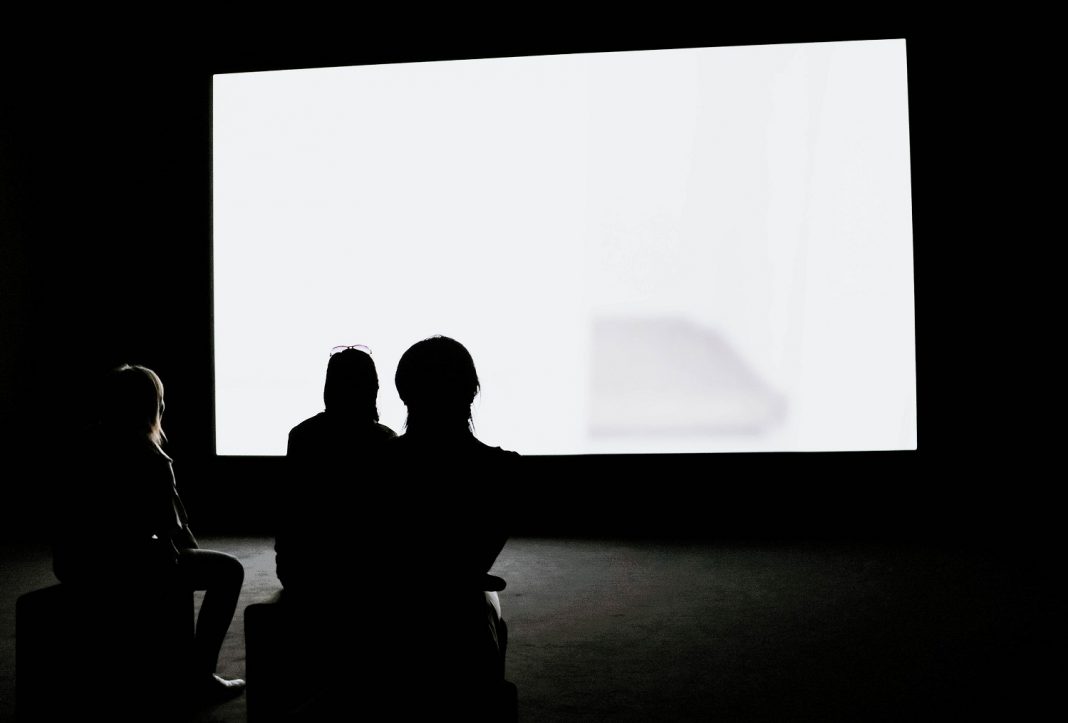 If you’re new to projectors, you probably think all screens are just about the same and the projector itself determines the quality of the image. While it’s true the projector is the most important part of the equation, what kind of surface you’re projecting the image onto will also impact your image. The question of a gray vs white projector screen, and which one will give you the best viewing experience, really comes down to two factors: the lamp in your projector and the set-up of your viewing environment.

There are two main categories of projector screens. The classic white version is the one we’re all familiar with. The other style is a light gray color and is a newer innovation in projector technology, first appearing only in the early 2000s. They are often called high-contrast screens because they can help to improve the depth of blacks while still allowing bright and colorful parts of the image to shine. (>>>Find projector screen deals on Amazon)

Gray screens were originally designed to compensate for the relatively low native contrast ratio found on even high-end projectors at the time that the screens were first invented. Projector technology has improved significantly in the nearly two decades since this technology was developed, and the vast majority of projectors available today have a contrast ratio that’s at least 3,000:1—high enough to still put out a good image on a white screen.

This history does give you one clue as to good use for gray projector screens: they can compensate for the short-comings of lower-quality projectors. Most projectors never actually reach the contrast ratios they boast on their labels in real-life environments. Gray screens can also help make up for lower lamp brightness and can be a great way to improve the image you get from a projector that’s older or cheaper. 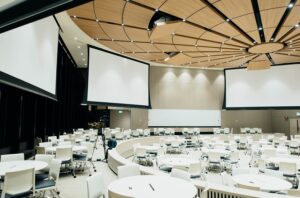 Even if you have a brand new, top of the line projector, your viewing environment can still prevent you from getting the clearest, sharpest image—and this is another place gray screens can come into play. Ambient light is one of the biggest enemies of a clear projector image. Few of us have the luxury of a completely dark environment for using the projector. A gray screen can help you compensate for ambient light so your projector is still functional—and still gives you an image you can enjoy watching—when space isn’t ideal.

In the ideal conditions, with a high-quality projector, a white screen will give you the sharpest, clearest possible image. If you’re a home theater enthusiast willing to make sure your viewing conditions are ideal, go with a traditional white screen. Gray screens are great for casual users, though, because they can save you the hassle of creating a truly dark environment. If you want to be able to just set up your projector in your living room, basically using it in place of your old TV, you should consider buying a gray or high-contrast screen. Both styles of screen cost about the same, so there’s really no risk of giving a gray projector screen a try.