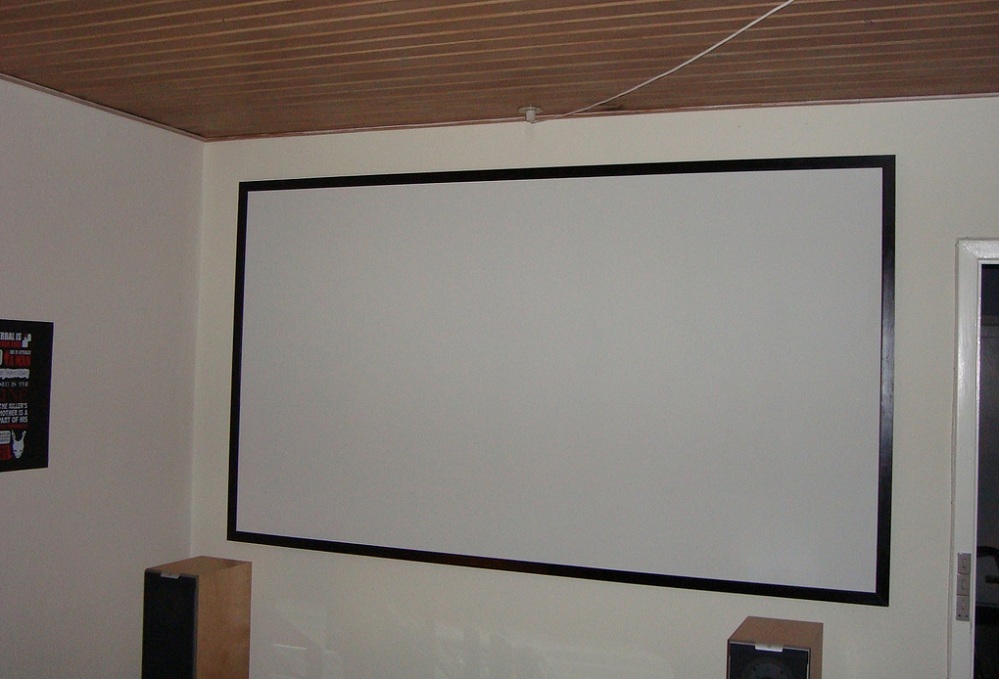 So, it appears that you have finally splurged on a new projector screen. Now that you´ve decided where you want it to be placed, it is time to grind. It is not necessary for you to hire the services of a contractor to hang your projector screen on the wall. You are perfectly capable of doing it yourself. Hanging a projector screen is very straightforward; please do allow us to elaborate.

The biggest advantage of hanging the projector screen (>>>Find Great Screens Deals on Amazon) on the wall is that you get to choose at which height you are going to hang it. Controlling the height of the screen has several benefits; for instance, you get to determine whether to start the projected image at a lower or a higher position.

When hanging a projector screen on the wall, you will need to consider a variety of measurements, including your room size and screen size. You also need to check the instruction manual of the projector and check its specific throw distance and vertical offset.

Without beating about the bush any further, let´s discuss the matter at hand. Here´s how you can hang a projector screen on the wall.

How To Perfectly Install ANY Projection Screen 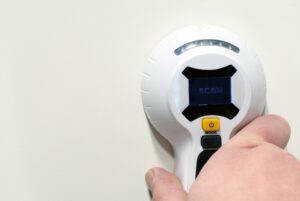 >>> Check this tutorial if you decide to hang the screen from the ceiling instead of the wall.

The third step involves you using a laser level to make sure that the pencil marks are drawn directly across from each other. The marks must be parallel to the ceiling. We wouldn´t want the projector screen to hang in a crooked manner now, would we?