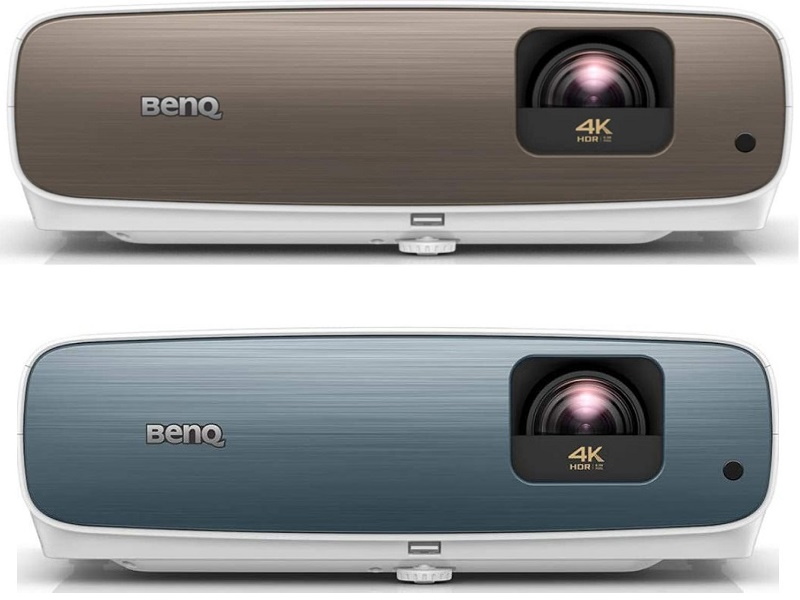 When you’re shopping for 4K projectors in a mid-range price point, BenQ is a brand name you’ll quickly get familiar with. They have quite a few models that fit the bill, earning high praise for their user-friendly design as well as their high picture quality. Comparing these models—such as the BenQ HT3550 vs TK850—you’ll see they all have their strengths and weaknesses, cutting down on costs by tailoring the design to specific users.

But which one is the better projector? Honestly, it depends on what you’re looking for. The BenQ TK850 and 3550 perform equally well when it comes to overall picture quality. You’ll mainly notice differences in their installation ease, flexibility, and versatility. Let’s take a look at the key features in-depth so you can get a better sense of what we mean.

You don’t need a very bright lamp for dedicated home theaters. Even something as dim as 1,000-1,500 lumens will be plenty in a completely dark room. Once you turn the lights on, though, you’ll need a bit more lamp power. Something in the neighborhood of 2,500-3,500 lumens is ideal for daytime view in rooms with lamps and windows.

The lamp on the BenQ HT3550 puts out about 2,000 lumens. That’s enough to compete with dim ambient lighting but will get washed out in brighter rooms. Conversely, the BenQ TK850 has a 3,000-lumen lamp that will cope better with this environment.

Both of these are standard throw projectors, so you’ll need a good bit of space to get a bit picture—around 8 to 10 feet for a 100” screen. This means you’ll probably want to use a ceiling-mounted installation, which both projectors are set up for thanks to the automatic vertical keystone correction. While this is a close contest, the expanded adjustment options on the BenQ TK850 give you more flexibility and make it an easier model to install.

Professional gamers need a super-low input lag, maxing out at around 30ms. Casual gamers don’t need to worry about that stat quite as much, however. For most players, an input lag of 60ms or lower will be sufficient.

With an input lag of around 50ms, the BenQ HT3550 comes in under this threshold. This is low enough for playing even fast-paced, graphic-intensive games from modern systems. The TK850, on the other hand, registers an input lag of around 81ms, which is a long enough delay to be annoying when you’re playing. The better gaming projector options can be found in this buyer’s guide. 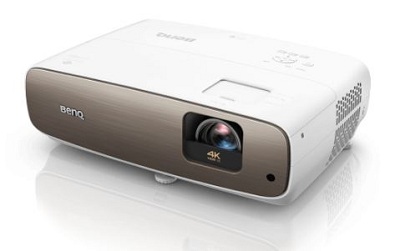 The BenQ HT3550 is a true 4K projector, giving you a full 8.3 million pixels on the screen. They enhance this sharp resolution with an all-glass 10-element lens array that enhances every aspect of the picture, from the sharpness to the color. Combined with the HDR tone mapping and Dynamic Iris contrast, the result is a cinema-quality picture at any size.

Setting up the BenQ HT3550 is easy, too. It has an automatic vertical keystone correction that speeds up the alignment and adjustment of ceiling-mounted set-ups. Along with that, you’ll get a manual zoom with precise focus control, as well as a 5% vertical lens shift. A variety of picture mode presets make it just as simple to adjust the color to suit your content.

The responsiveness of the BenQ HT3550 makes it a great choice for media rooms and other multi-use spaces. While it doesn’t have the low input lag professional gamers look for, it’s within the acceptable range for casual gaming. Even in first-person shooters and graphic-intensive PS4 games, the delay isn’t noticeable enough to impede your play.

The relatively low brightness of the lamp is our only major concern with the BenQ HT3550. You don’t need to turn the lights completely off but you will need to cover up any windows in the room for daytime viewing. Even bright lamps can cause some washout of the picture, which can be a limitation in some spaces. Click here for a more detailed review of the BenQ HT3550. 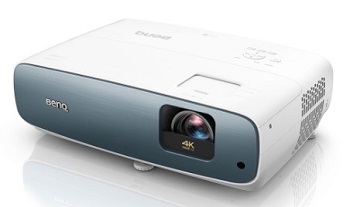 From a picture quality standpoint, the BenQ TK850 has the same strengths as the HT3550 above. It uses the same 10-element all-glass lens and automatic color and tone mapping. The true 4K resolution stays crystal clear at any image size, and the fast processing speed prevents blurs, blocking, and other visual issues that plague many projectors.

When it comes to the installation, the TK850 is even more flexible than the HT3550. It has the same zoom and auto-keystone options, with a slightly wider vertical lens shift (10%). The brighter lamp means less worry over ambient light levels, and it can even compete with natural light from windows if you place it correctly. We also appreciate the expanded picture mode options, including one specifically for sports. All this together makes it an excellent choice for viewing parties and other entertaining.

On the flip side of that, the BenQ TK850 is not as good of an option for gaming. Its input lag registers at 81ms, even in the lower-resolution Gaming Mode. The delay is definitely noticeable in games where you need to respond quickly, including fighting games, racing games, and first-person shooters. Casual gamers of RPGs may not be bothered by it, but it’s not what we’d call a “gaming projector” by any means.

One surprising strength of the BenQ TK850 is the sound. It’s not going to give you immersive surround sound by any means, but the on-board speakers are significantly louder and higher-quality than what you’d get from most projectors. There are even custom sound modes for sports, music, and movies to optimize it further. The full review of BenQ TK850 can be found here.

Both of these projectors are a great value at the price. You can count on either the HT3550 or the TK850 for a clear, accurate, and true to life image, and neither one is prone to blurring or other issues.

As we said in the intro, the choice ultimately comes down to how you’ll use it. For media rooms and dedicated home theaters, we prefer the BenQ HT3550. >>> Check price on Amazon If you want a projector capable of lights-on viewing—say for a Superbowl viewing party or similar event—the TK850 is a better choice.

The good news is most users won’t be disappointed with either of these projectors. Hopefully, this review has helped you see the difference between them and figure out which is the ideal choice for your home!