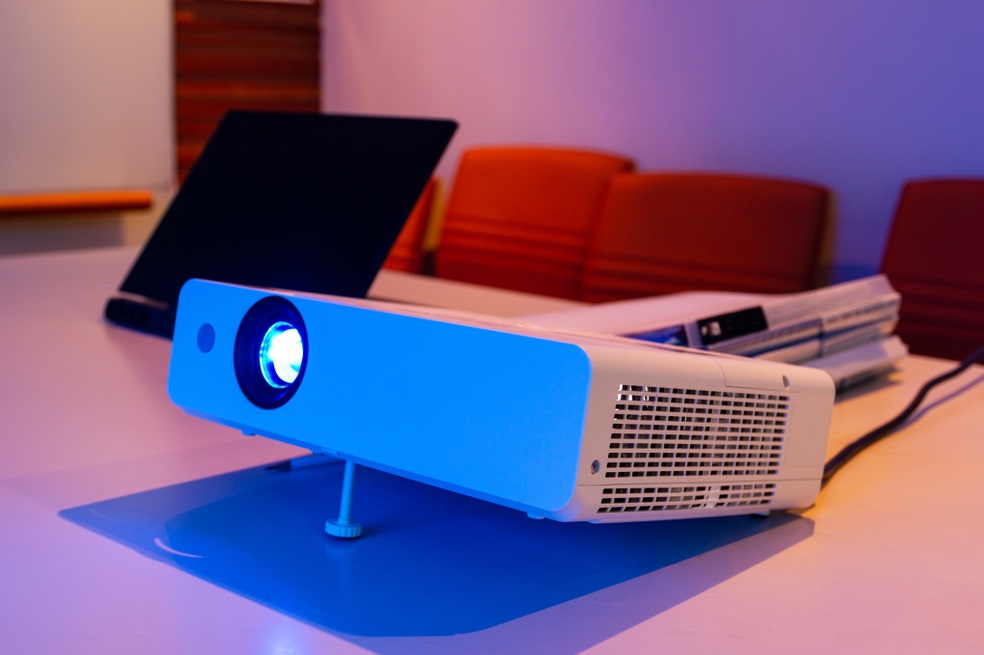 Brightness is one of the most important factors separating an okay projector from a great one. A brighter lamp will mean more vibrant colors and a clearer overall picture. It also makes the projector more versatile since it can compete with more ambient light from the environment. But you’re probably asking yourself: how many lumens is good for a projector?

If money is no object, you want to look for the brightest projector you can find. As the lumens increase, though, typically so does the price. If you’re looking for the best projector on a budget, you’re probably wondering how much brightness you can sacrifice to save a bit of dough. Related Guide: Buying a Projector under $500

How many lumens do you actually need in a projector? The answer depends on how and where you’re using it.

Just what are lumens, anyway?

The lumen is the standard unit of measurement for light, similar to how the degree is the unit of measure for temperature or the decibel for sound. A single lumen is roughly equivalent to the amount of light put out by a standard candle in one second.

Some projectors list their brightness in ANSI lumens. This is most often seen on data projectors, although more and more you’ll see this designation on home theater projectors, as well. ANSI stands for the American National Standards Institute or the experts in charge of making sure measures are accurate.

A brightness rating in ANSI lumens gives you a more accurate idea of how bright the projector’s lamp will be. This indicates that the lamp’s brightness has been tested according to industry standards and a true rating arrived at. You’ll sometimes hear more cynical experts referring to standard lumens as “marketing lumens” because the figures are so often fudged or inflated. If there is an ANSI lumen rating on a projector, this is the one you should go by; if it only says “lumens,” you may need to take the rating with a grain of salt, especially if you’re not familiar with the brand.

So, how many lumens is enough?

When you’re shopping for TVs you can judge the pictures side-by-side between models in the store and basically expect them to look the same way at home in your living room. Projector pictures are more space-dependent, however. The distance and the ambient lighting will both play a role in how bright you need your lamp to be.

Let’s talk about ambient light first, because that’s the most significant factor. If you’ll be using your projector in a completely dark room, a lamp of around 1,000-1,200 lumens should be plenty to get a good picture. When we say completely dark, though, we mean movie theater dark. If you can’t fully cover all the windows in the room, this will limit your TV viewing to night-time, as even filtered sunlight can wash out the image.

If you want the option of having a few lights on without ruining the picture, a brighter lamp is a smart idea. Something around 2,000 lumens should be plenty bright enough to compete with standard indoor lighting or bleed-over from closed windows. You should need anything over 3,000 lumens unless you plan to watch the projector in fully-lit spaces. >>>Read Optoma High-Lumen Projectors Comparison

The distance the light has to travel will also affect how bright you need it to be. The further the projector is from the screen, the bigger the image will be. In most home theater applications, a distance of around 6-8 feet should be sufficient to get a good-sized screen. Further away than that, and you’ll want to get a slightly brighter lamp—at least 1,500 lumens in a dark space, or around 2,500-3,000 in moderate lighting.

How bright is too bright? 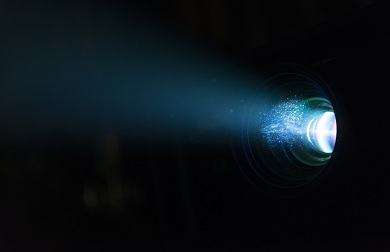 Brighter is not always necessarily better. A brighter lamp gives you sharper contrast and better colors, but too much light can hurt your eyes, especially if you’re watching for longer than the length of a movie.

Again, this will depend largely on your home theater set-up. In a completely dark space, anything rated higher than around 2,000-2,500 lumens may seem overwhelmingly bright. If you’re planning to use the projector in moderate to bright conditions, though, no projector on the casual market will be at risk of being too bright for your eyes.

The bottom line on lumens

The most confusing part of projector brightness is not the lumen rating itself but figuring out how accurate the stated rating is. It’s unfortunately common for companies to inflate the brightness measure of their projectors. A model that says it puts out 2,500 lumens might in reality give you more like 1,000, and most users would have no way of knowing.

Even given these discrepancies, if you buy a projector that’s rated for 3,000 lumens or higher this will be plenty for all but the brightest, largest spaces. You can get away with using a projector rated for 2,000-2,500 lumens in a semi-lit environment. Lower than that, and you may be disappointed by the reality of the picture that you get.

The best way to get a true understanding of lumens, though, is to see them in action. If your local electronics store doesn’t have any they can set up to test, check out some videos of other people using their projectors. Having a visual in mind will make the numerical rating a lot easier to interpret—especially since you can trust your eyes more readily than you can the numbers.